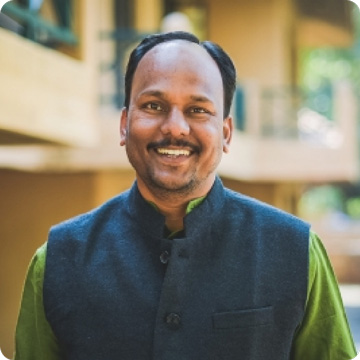 Founder and current CEO of Jan Sahas and national convener of Rashtriya Garima Abhiyan (National Campaign for Dignity). He is a human rights activist from India, and since tweenty years he has campaigned to end sexual violence against women and children, forced labour practices, caste based commercial sexual exploitation of children, trafficking and manual scavenging in India. Through his work on ground he has created platforms to empower marginalised and excluded communities.

If you face any kind of violence call us

If you face any kind of violence call us

Formed in the year 2000, Jan Sahas is a community and survivor centric not-for-profit organisation. Jan Sahas works with an aim to eliminate sexual violence and forced labour with a focus on the most excluded social groups through a comprehensive approach of- Prevention, Response, Rehabilitation and Systemic Reform.

Keeping this approach at the core of our work, we have developed strategies to address sexual violence and forced labour through- legal and social support, land and property rights, skill development and livelihood promotion, Mental health, and Early Childhood Care and Education. The organization is working in multiple states across India and carries out concentrated capacity building and advocacy efforts with the state and civil society organisations, thus having a national and regional footprint.

Jan Sahas started functioning in the year 2000 when it took up the issue of death of one child labour and two dalit labours in an illegal unit of firecrackers in Dewas, Madhya Pradesh. A group of volunteers decided to come together as an organization to seek justice, and Jan Sahas was born.
‍
Initially focused on building awareness and community empowerment to end manual scavenging, today we strive to eliminate sexual violence and forced labour, and empower survivors of such injustices. We are particularly focused on the most excluded social groups, including those facing gender and caste based violence.

Registered as a Nonprofit

compensation received by survivors from the government

women enabled to leave the inhuman practice of manual scavenging 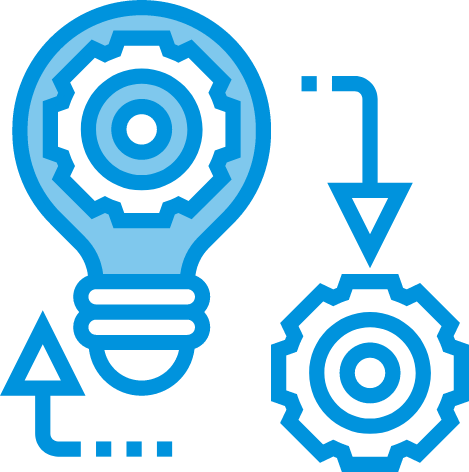 We prioritise survivors’ needs and agency in all our work. The social groups that we work with are an important part of agenda creation, taking leadership positions in planning and executing transformative strategies. Additionally, 90% of our staff belong to communities that we serve. This helps us ensure that no action is detached from its context.

We work towards creating a measurable impact. The focus is on low cost, replicable solutions that can be adapted by state and non-state actors. The approach is holistic and comprehensive, from prevention to rehabilitation, using a combination of development and rights-based approaches depending on the demands of the situation.

Collaborating with all key stakeholders 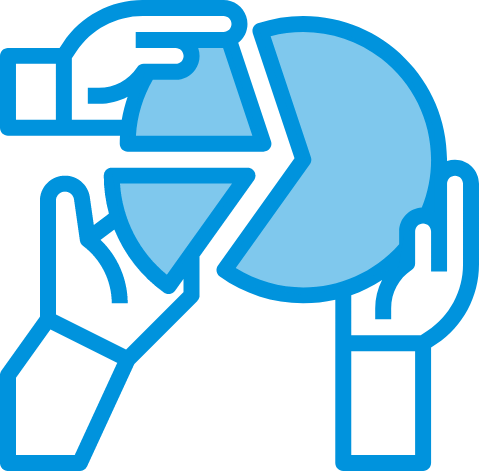 We leverage, support, and develop the capacity of state actors to enable them to better execute their constitutional duties. Beyond the state, we seek to partner and build alliances with actors ranging from community-based organizations, nonprofits, cultural groups, and solidarity networks.

Dignity and Equality for All

Jan Sahas aims at ending violence against women and children, and ensure safe migration and worker protection for the most excluded social groups.
‍

We embody five key values in our work as well as our interactions with people, internal and external alike:
‍

We aim to break hierarchies in society and within our organization through inclusive approaches. We pay special attention to the needs of the excluded to enable an equitable culture.

We recognize the agency and value of each individual. People we serve are some of the most excluded; however, we also recognize them for their labour and leadership in the struggle against violence and inequity. We espouse respect even when dealing with conflicts.

Jan Sahas means ‘people’s courage’. Through our work we aim to cultivate this courage, and transform the people we work with and those we work with to become changemakers and leaders.

We intensively engage with and draw participation from communities and survivors we work with, as well as our team members from the field staff to advisors. This enables us to innovate, strengthen our strategies, and build capacity for change.

We bear accountability to the community, survivors, and our partners. We share our results, challenges, successes and failures alike. This enables us to introspect and learn from our experience as well as from others. 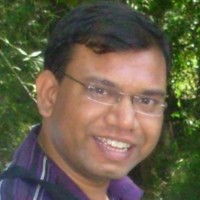 Currently working as Account Head of MIS at Signode India Limited. He has extensive experience in MIS with a demonstrated working history. Before Signode, Amitabh worked in ITW India Limited Company as Senior Manager MIS and Assistant Manager in Bharatiya Reserve Bank Note Mudran. Amitabh holds a Graduation Degree from Symbiosis, Pune and Post Graduate Degree from the Institute of Cost Accountants of India and Indian Institute of Forest Management. 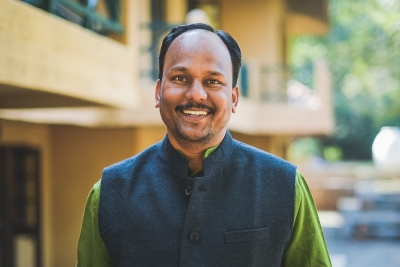 He is the co-founder and CEO of Jan Sahas and has 20-years of experience in working towards safe migration, ending forced labour practices and violence against women through eradication of the inhuman practice of manual scavenging, caste-based commercial sexual exploitation of children and trafficking and also supporting to survivors of rape, trafficking and sexual abuse to access to justice in India. Jan Sahas is liberated and rehabilitated 66,000 people from manual scavenging and other forms of child and forced labour and also supported 24,000 survivors of rape and sexual abuse.

Ashif is leading Migrant Resilience Collaborative (MRC) and working with 1.5 million migrant households. Ashif is member of the various committees of NITI Aayog, Ministry of Social Justice and Empowerment and other ministries of Government of India, and received various national and international awards and fellowships including Schwab Foundation Social Innovator Award 2020, Ashoka Fellowship, Times of India Soc 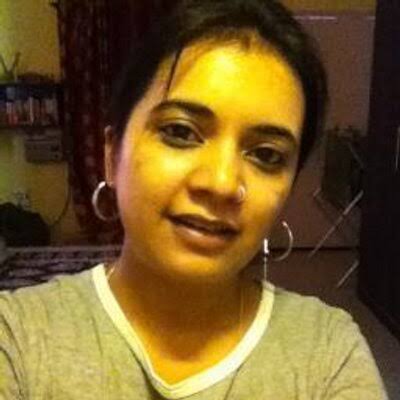 She is currently working as a social safeguard consultant for ADB and assisted Madhya Pradesh and Chhattisgarh Rural Roads Project. Before that, she worked as a Social mobilization consultant for DIFD and World Bank-funded pilot on community mobilization to improve maternal and child nutation in rural Madhya Pradesh. She has experience of more than 20-year experience in the field of development. Previously, she has also worked with Rajiv Gandhi Foundation, New Delhi, Ekjut, Jharkhand and Samarthan, Bhopal. 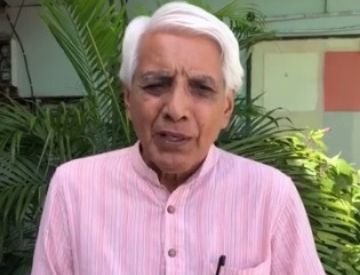 He is currently a member and co-founder of Samavesh Society for Development and Governance. Currently, he is an active member of the coordination team of MP Swashasan Abhiyan, a CSO working on strengthening Gram Sabha and Panchayati Raj. He has an experience of more than 20 years with Eklavya Foundation since inception. Additionally, he has also been supporting various government and non-government initiatives in the areas of development, governance and education. He has also supported the resource development team of Doosra Dashak, Rajasthan. He conceptualized and developed Chakmak club (an autonomous and inclusive space for children for their self-development and reflection) and Kabir Vichar Manch for youth and adults. He has a doctorate in teaching and education and was a Teacher Educator at DAV College of Education, Abohar (Punjab). 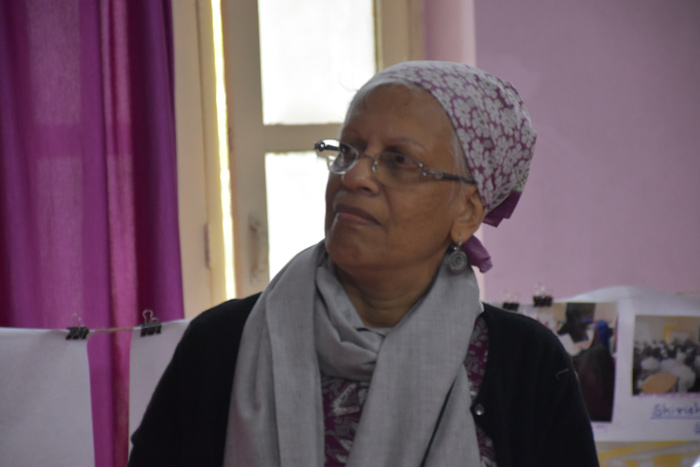 Currently she is an independent consultant and working on facilitation of organisational learning processes, management of non-profit organisations and documentation, analysis and synthesis. Earlier, she was Regional Director of Hivos organization, headquartered in The Netherlands. As Director Regional Office, Jamuna contributed to Hivos’ institutional plan for 2011-2015 and to the development of the programmatic approach on which multi-actor initiatives were based. She is a mentor and advisor for Dignity Fellowship Program. She also has a Ph.D. in Geography from the University of Hawai, Manao. 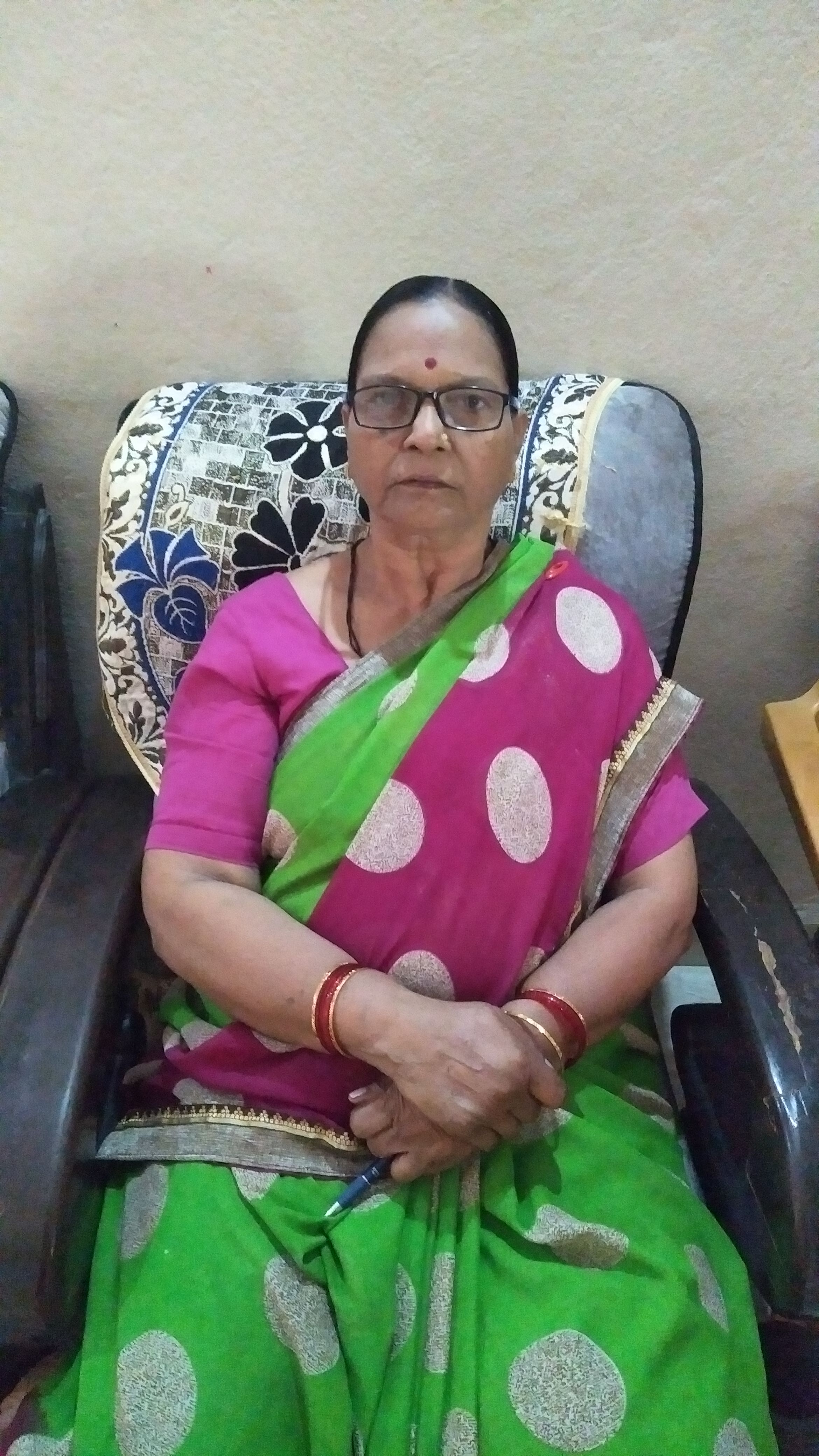 She has extensively worked in various issues ranging from manual scavenging and women empowerment to health and education. She is currently serving as a member of the district Child Welfare Committee of Dewas. She is also a member of Jan Sahas’ internal committee to deal with cases of sexual harassment at the workplace. Besides working with Jan Sahas, she is part of various other grassroots organizaions. She completed her graduation in Arts from Vikram University, Ujjain. She completed her education along with providing extensive support to all activities within the organization. 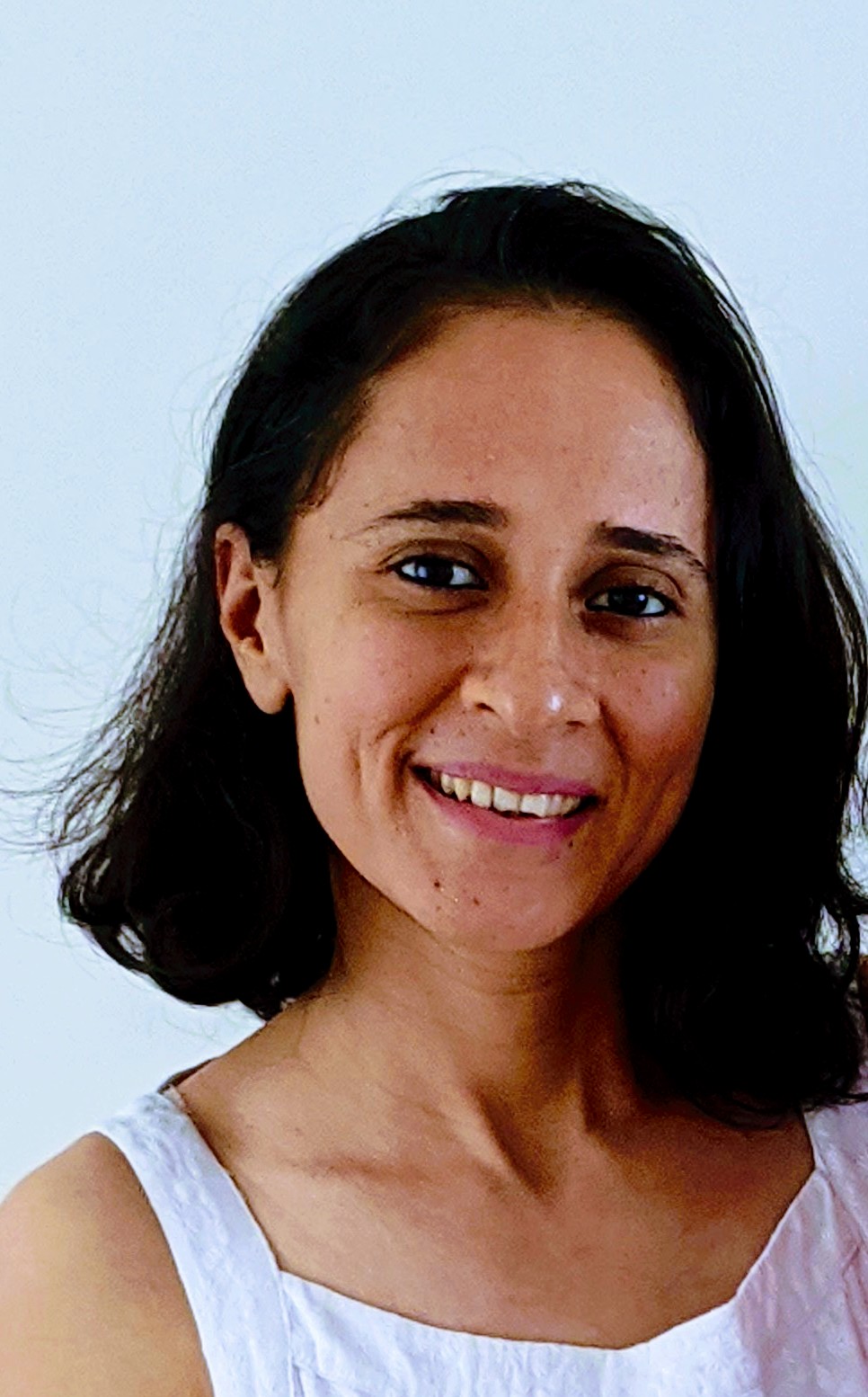 She has acquired a Master's degree in Social Work from Tata Institute of Social Sciences, Mumbai. She is an independent development consultant with experience of more than five years with non-profit organisations, especially engaging with people's organizations working on various issues such as gender, caste, livelihood in India. Currently, she is pursuing her PhD from Jawaharlal Nehru University, New Delhi. 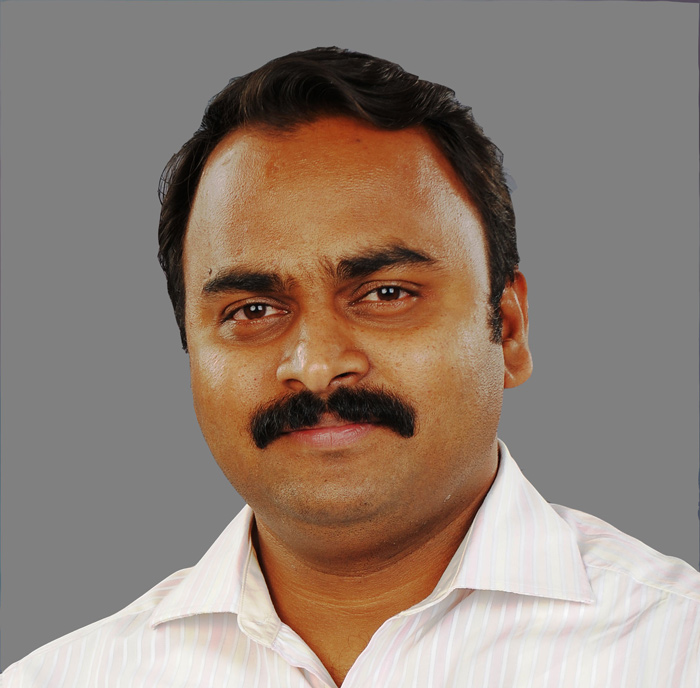 As a founder of Sudiksha Knowledge solutions, education social enterprise that focuses on providing affordable early education. He manages the day to day operations and functioning of the organisation and takes care of the implementation and execution of various programs of Sudiksha. Naveen holds a Post Graduate Degree from the Indian Institute of Forest Management, Bhopal and has more than 19 years of experience in the field of education, skill training and project implementation. Before founding Sudiksha, he has worked extensively in different parts of India, both in the private sector and civil society. Previously he has worked with Eklavya Foundation, Naandi Foundation and Career Launcher Pvt. Ltd. 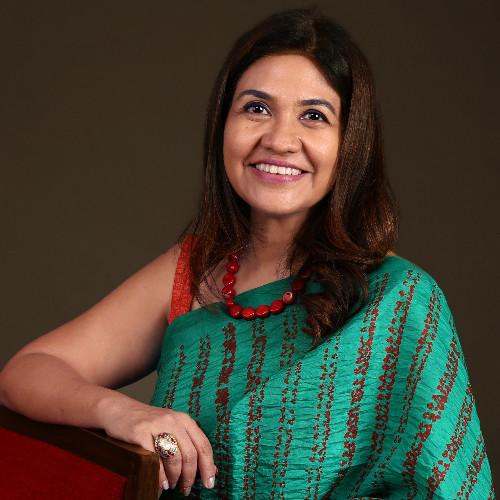 She is the CEO of EdelGive Foundation, the philanthropic initiative of Edelweiss Group – one of India’s leading diversified financial services group. Over the last decade, she has steered the growth of Edelweiss’ social investments to develop EdelGive Foundation into a strategic philanthropic organisation. She has developed a unique model for EdelGive’s investees which places them at the centre of grant-making, not only providing initial grants to these organisations, but also managing funding from other institutional and corporate partners, via a zero-cost platform.